John Gabriel Borkman, once an illustrious entrepreneur, has been brought low by a prison sentence for fraud. As he paces alone in an upstairs room, bankrupt and disgraced, he is obsessed by dreams of his comeback. Downstairs, his estranged wife plots the restoration of the family name. When her sister arrives unannounced, she triggers a desperate showdown with the past.

Ibsen’s most contemporary play, in a new version by Lucinda Coxon, is gripping, penetrating and savagely funny.
Choose Dates & Book

Theatre includes at The Bridge A Christmas Carol. For the National Theatre: The Lehman Trilogy (also West End and New York), King Lear, Timon of Athens, Collaborators, London Assurance, A Slight Ache, Landscape, Major Barbara, Much Ado About Nothing, The Alchemist, The Life of Galileo, Jumpers (also West End and New York), Humble Boy (also West End), Hamlet, Candide, Money, Othello, Rosencrantz and Guildenstern Are Dead, and Volpone. For the Donmar Warehouse, Temple, Twelfth Night and Uncle Vanya. For the Almeida, Richard II and Macbeth. At the Barbican, Julius Caesar. For the Royal Shakespeare Company, The Tempest and Richard III. At the Old Vic and in New York, Uncle Vanya and The Winter’s Tale. In the West End, Mr Foote’s Other Leg (from Hampstead Theatre), Privates on Parade, Monty Python’s Spamalot (also New York), and Deathtrap.

Television includes Persuasion, A Dance to the Music of Time, The Young Visiters, Dunkirk, John Adams, Spooks, Falstaff in The Hollow Crown, Penny Dreadful, and Vanity Fair; and as presenter for Great Historians, Monteverdi in Mantua, Symphony and Sacred Music.

Film includes An Ideal Husband, Hamlet, Alice in Wonderland, The Gathering, The Deep Blue Sea, My Life with Marilyn, Into the Woods, Tarzan, The Death of Stalin, Operation Finale, Radioactive, Mary Queen of Scots, Operation Mincemeat, and Benediction.

Ballet Playing The Duchess in Alice in Wonderland for the Royal Ballet at Covent Garden.

Simon Russell Beale was knighted in 2019. 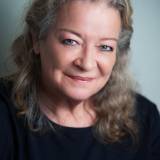 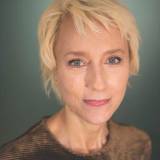 Olivier and Tony nominated Lia Williams (Ella Rentheim) theatre credits include The Night of the Iguana at the Noel Coward Theatre, The Prime of Miss Jean Brodie, The Lover and The Collection all for the Donmar Warehouse, Mary Stuart for the Almeida Theatre and Duke of York’s Theatre, Oresteia for the Almeida Theatre Company, Old Times at the Harold Pinter Theatre, Arcadia at the Ethel Barrymore Theatre New York, Skylight for the National Theatre and the Royal Theatre New York, Earthquakes in London, The Hothouse, The Lady from the Sea all for the Arcola Theatre, Absurd Person Singular at the Garrick Theatre, Oleanna for the Royal Court and Duke of York’s Theatre, My Child and King Lear for the Royal Court, Postcards from America and As You Like It for the Royal Shakespeare Company, The Homecoming for the Gate, Dublin, The Comedy Theatre and Lincoln Center, New York, Celebration/The Room for the Almeida Theatre and Lincoln Center, New York and The Revenger’s Comedies at the Strand Theatre.  Her television credits include leading roles in Britney, Riviera, The Capture Series 1 and 2, His Dark Materials, The Crown, Kiri, The Missing, Secret State, May 33rd, Russian Bride, A Shot through the Heart, Seaforth and Mr Wroe’s Virgins.   Her films include the upcoming Living and Benediction as well as The Foreigner, Jonathan Toomey, Girl from Rio, The King is Alive, Different for Girls, The Fifth Province and Firelight and Dirty Weekend.

Nicholas Hytner is Co-Founder of the Bridge Theatre where he has directed Young Marx, Julius Caesar, Allelujah!, Alys, Always, A Midsummer Night’s Dream, Two Ladies, Beat the Devil, A Christmas Carol, Bach & Sons, The Book of Dust – La Belle Sauvage, and Straight Line Crazy. From 2003 to 2015, he was Director of the National Theatre where his productions included Henry V, His Dark Materials, The History Boys, Stuff Happens, Henry IV, Parts 1 & 2, The Habit of Art, England People Very Nice, Much Ado About Nothing, One Man, Two Guvnors, Timon of Athens and Othello.

FILM includes The Madness of King George and The Lady in the Van.

TELEVISION Talking Heads for the BBC.

A new version by

A new version by

Lucinda Coxon previously collaborated with Nicholas Hytner at The Bridge on the world premiere of Alys, Always.  Her other theatre writing credits include Herding Cats, Happy Now, The Eternal Not, Nostalgia, The Shoemaker’s Wife, Vesuvius, Wishbones, Three Graces, The Ice Palace and Waiting at the Water’s Edge.  Her screen writing credits include the award-winning The Danish Girl starring Eddie Redmayne and Alicia Vikander, The Little Stranger starring Domhnall Gleeson and Ruth Wilson, The Crimson Petal and The White starring Romola Garai for the BBC, Wild Target starring Emily Blunt and The Heart of Me starring Paul Bettany and Helena Bonham-Carter.

From a literal translation by

From a literal translation by

Theatre includes A German Life and A Very Very Very Dark Matter at The Bridge; Hedda Tesman at Chichester; Death of a Salesman at the Young Vic; Home, I’m Darling for Clwyd Theatr Cymru, the National Theatre and in the West End (Olivier nominations for Best Set Design and Best Costume Design); The Writer and Before the Party at the Almeida Theatre; The Way of the World at the Donmar; Everybody’s Talking About Jamie at Sheffield Crucible and in the West End; Hangmen (also West End; Olivier, Critics’ Circle and Evening Standard Awards for Best Set Design) and Liberian Girl at the Royal Court; Much Ado About Nothing and Troilus and Cressida at Shakespeare’s Globe; The Kid Stays in the Picture for Complicité at the Royal Court; Rosencrantz and Guildenstern Are Dead at the Old Vic; Beware of Pity for Schaubühne Berlin/Complicité: Tiger Bay at Wales Millennium Centre/Cape Town Opera; Terror at the Lyric Hammersmith; Don Juan in Soho for Playful/West End; Rent: 20th Anniversary Production at St James Theatre/Theatr Clwyd and UK tour; The Exorcist at Birmingham Rep and West End; The Two Noble Kinsmen, Cymbeline and Love’s Sacrifice at the RSC; Henry V at Regent’s Park; Before I Leave for National Theatre of Wales; The End of Longing in the West End; John and Can We Talk About This (also international tour and Sydney Opera House) for the National/DV8 Physical Theatre; West Side Story, Blindsided, Saturday Night and Sunday Morning and Rat’s Tales for Royal Exchange Manchester; Love the Sinner at the National Theatre; As You Like It at Curve Leicester; and You Can See the Hills and Love and Money for the Royal Exchange Manchester/Young Vic.