A repertoire of twelve one-person plays during September and October,
using the Bridge’s flexible auditorium to provide 250 socially distanced seats.
If the season is delayed, automatic refunds will be given for cancelled performances. 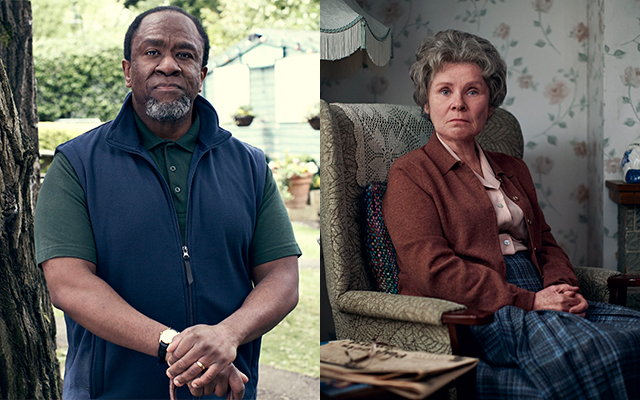 Wilfred is a parks attendant with a fondness for liquorice allsorts. After he befriends a seven-year-old girl and her mother on the bandstand, it starts to become clear why his employers can’t trace his records. Lucian Msamati plays Wilfred

Irene Ruddock spends her life dashing off letters of complaint. When she’s not writing, she’s keeping an eye on the couple opposite and a little girl with bruises. But when the police come by, it’s Irene whose life is turned upside down. Imelda Staunton plays Miss Ruddock.

Run time: Approx 64mins, there will be a short changeover between monologues, no interval