In a co-production with Chichester Festival Theatre

Sharp-witted, wilful and frequently drunk, David Highland has kept a grip on his parish through a combination of disordered charm and high-handed determination. But when his conscience forces him to take a hard line with a parishioner who wants Disney balloons at a family funeral, he finds himself dangerously isolated from public opinion. As his own family begins to fracture, David must face a future that threatens to extinguish not only his position in the town, but everything he stands for.

Three time Olivier winning, Alex Jennings makes his first appearance at The Bridge to lead this eagerly awaited return to the stage by a writer whose work includes The Last of the Haussmans at the National Theatre and the BAFTA-winning Pride.

Group rate
Tickets up to £65 reduced to £39.50 each when booking 10+ tickets on Mon-Thurs performances (excluding matinee). Email groups@bridgetheatre.co.uk to book

Length
TBD, will include interval 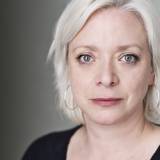 Holly Atkins’ theatre credits include Romeo and Juliet and Helen at Shakespeare’s Globe, The Ballad of Crazy Paola at the Arcola, Scarborough at the Edinburgh Festival Fringe and the Royal Court and Summer Begins at Southwark Playhouse. Her television credits include Home, King Gary, This Country, In the Long Run, Witless, Call The Midwife, Wallander, Criminal Justice, The Sarah Jane Adventures, City Lights, Where the Heart is, Casualty, The Project, Kiss Me Kate and EastEnders. She was most recently seen in Nicholas Hytner’s production of The Book of Dust – La Belle Sauvage at the Bridge Theatre. 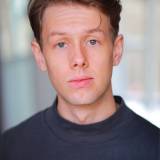 Josh Finan’s theatre credits include Peggy for You at Hampstead Theatre, Shook for Papatango Theatre, Romeo and Juliet, Macbeth and The Merry Wives of Windsor for the Royal Shakespeare Company, The Barricade for Theatre 503 and The Nutcracker for Theatre Clwyd. His television credits include The Responder, Doctors and Guerrilla. On film his credits include Shook and Hellboy. 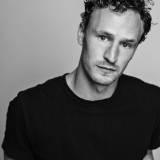 Jack Greenlees has been seen in Party at the Criterion Theatre. On television his credits include The Swarm, The Trial of Christine Keeler, Lethal White, Deadwater Fell, In Plain Sight and Penny Dreadfull. On film his credits include She Will, Our Ladies, Outlaw King and Sunset Song. 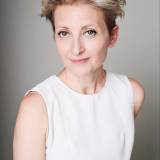 Hermione Gulliford’s theatre credits include: Romeo and Juliet for Shakespeare’s Globe; 3 Winters and Hotel for the National Theatre; Love For Love, The Merchant of Venice, A Midsummer Night’s Dream and Anthony and Cleopatra for the RSC; The Way of the World, The Critic, The Real Inspector Hound and Three Sisters for Chichester Festival Theatre; Arcadia at Bristol Old Vic; The Country Wife and Twelfth Night at Sheffield Crucible. On television her credits include The Nevers, Doc Martin, Count Arthur Strong, Foyle’s War, The Bletchley Circle, Call The Midwife and Upstairs Downstairs. On film her credits include Cruella, Where Hands Touch, Stage Beauty and The Affair of the Necklace 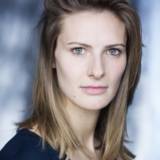 Jo Herbert’s theatre credits include The Mirror and The Light at the Gielgud Theatre, The Country Wife, Cyrano de Bergerac and For Services Rendered both for Chichester Festival Theatre, Eternal Love for the English Touring Theatre, East of Berlin for the Southwark Playhouse, Three Winters for the National Theatre, Comedy of Errors and The Importance of Being Ernest for Regents Park Theatre, Wild Honey and Hello/Goodbye for Hampstead Theatre, The Game of Love and Chance and Blackbird for Salisbury Theatre, Candida for Theatre Royal Bath, The Faerie Queen International Tour for Glyndebourne, Room Service Included at The Mill At Sonning and As You Like It and Anne Boleyn for Shakespeare’s Globe. Her television credits include Call The Midwife, Unforgotten, The Crown, Loaded, Josh, Casualty 1909, Lewis, Holby City and Home Fires. Herbert’s film credits include Misbehaviour. 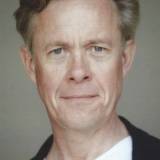 Alex Jennings will make his Bridge Theatre debut in The Southbury Child reuniting him with Nicholas Hytner who has previously directed him in Hymn and Cocktail Sticks, Collaborators, The Habit of Art, The Alchemist, The Winter’s Tale and The Importance of Being Earnest amongst others. He was last on stage in Hansard at the National Theatre where he has worked extensively as well as at the Royal Shakespeare Company. During his theatre career, he has been the recipient of three Olivier awards. His many screen credits include Prince Charles in The Queen, Alan Bennett in The Lady in the Van, the Duke of Windsor in The Crown, Stephen Frears’ A Very English Scandal and This is Going to Hurt currently being shown on BBC1. 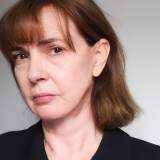 Phoebe Nicholls’ theatre credits include Scenes from an Execution, Rutherford and Son, An Inspector Calls and Pravda all for the National Theatre, When the Rain Stops Falling and Waste for the Almeida Theatre, Three Women and a Piano Tuner for Hampstead Theatre, The Vortex at the Apollo, The Three Sisters at the Queen’s Theatre and Hysteria at the Royal Court. On television her credits include A Very British Scandal, Chloe, Anatomy of a Scandal, Sticks and Stones, Traitors, Endeavour, Doctor Thorne, Downton Abbey, Fortitude and Jonathan Strange and Mr Norrell. Her film credits include The Electrical Life of Louis Wain, The Empty Man, Berlin I Love You, Mari, Finding Your Feet and Transformers: The Last Night and Starfish. 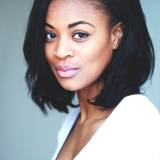 Racheal Ofori was previously at The Bridge in Bach & Sons. Her theatre credits include Rare Earth Mettle for the Royal Court Theatre, Three Sisters for the National, Snowflake for The Old Fire Station, Pygmalion for Headlong and West Yorkshire Playhouse, and The Merchant of Venice at Shakespeare’s Globe. Her one-woman shows are Portrait, which played to sell-out audiences at the Edinburgh Fringe prior to a UK Tour and So Many Reasons which ran at Soho Theatre. Her television credits include Big Age, Sliced, Enterprice, In the Long Run and Treadstone. Ofori’s film credits include I Used To Be Famous and Guns Akimbo. 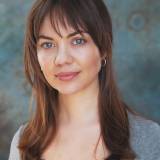 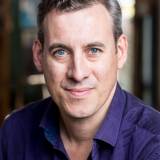 Theatre includes hundreds of professional stage productions including repertory at Wolverhampton, Bournemouth, Crewe and Sidmouth; leading roles in Twelfth Night, Rebecca, Look Back in Anger, Sleuth, The Importance of Being Earnest, In Praise of Love, Abigail’s Party, The Mousetrap and The Norman Conquests; touring internationally in The 39 Steps, Stones in His Pockets, Art, Private Lives and The Complete Works of William Shakespeare (Abridged); and appearing in the musicals A Slice of Saturday Night, Singin’ in the Rain, Crazy for You, Oklahoma!, Fiddler on the Roof, Guys and Dolls, and City of Angels.

Television & Film include 747: The Plane that Changed the World, Grange Hill, Weekender, Red Mercury and The Beer Hunter.

Theatre includes Charlie and the Chocolate Factory (London/New York), Mamma Mia!, Joseph and the Amazing Technicolor Dreamcoat, and Art (all worldwide), A Raisin the Sun (NY), God of Carnage and Bombay Dreams (London/Broadway), La Bête (London/NY), Doctor Doolittle (Hammersmith Apollo), and The Children’s Hour and The Lady in the Van in the West End. For the National Theatre: Three Days in the Country, One Man, Two Guvnors (also West End/Broadway), London Assurance, She Stoops to Conquer, England People Very Nice, What the Butler Saw, The Rose Tattoo, The Madness of George III, The Alchemist, The Duchess of Malfi, Life x 3, Arcadia, Once in a Lifetime, Henry IV parts 1 & 2, and The Wind in the Willows. For the Donmar Warehouse: Welcome Home Captain Fox, The Blue Room (also Broadway), Company (also West End), Insignificance, The Front Page and Uncle Vanya/Twelfth Night (costumes only, also BAM/NY). For the Royal Court: Tribes, Birthday, Mouth to Mouth, Wild East, Hysteria, Six Degrees of Separation and The Kitchen. Other theatre includes Electra (Old Vic); Rope, Betrayal, Party Time and Volpone (Almeida); The Unexpected Man, Measure for Measure, Hamlet, The Wizard of  Oz, Much Ado About Nothing and The Comedy of Errors for the RSC; and Funny Girl at Chichester Festival Theatre.

Films include Costume Design for The Madness of King George.

THEATRE includes, as Lighting Designer, Poet in Da Corner at the Royal Court; Sleepless at Wembley; Circus Festival at the Roundhouse; and Napoli Milionaria, The Hour We Knew Nothing of Each Other and Hamlet at the Barbican.

As Associate or Programmer for Bruno Poet Cinderella the Musical; 50th and 49th UAE National Day Celebrations, Billy Eilish at Apple Music Awards,Tina: The Tina Turner Musical, Marco Polo, Big Fish, Les Enfants Terribles and Whelan/Watson: Stories. As Associate to Tim Lutkin Big, Bridges of Madison County, Fiddler on the Roof, Destiny, Tell Me on a Sunday, Elf the Musical, Strictly Ballroom, The Girls Musical, Mickey and the Magician, Close to You, Single Spies, The Full Monty, Rebecca and Strangers on a Train. For Hugh Vanstone The Birthday Party, Venus in Fur, Future Confidential, Closer, Soho Cinders and Birthday; for Neil Austin Josephine and I; for Lucy Carter Oil; and for Warren Letton, The Wind in the Willows.

Theatre includes A Very Very Very Dark Matter at The Bridge; The Deep Blue Sea and The Norman Conquests at Chichester; Sweat at the Donmar Warehouse and West End; Venice Preserved for the RSC; Three Sisters at the Almeida; Hedda Tesman, Richard III and Spring Awakening for Headlong; A Slight Ache/The Dumb Waiter, The Lover/The Collection, One for the Road/A New World Order/Mountain Language/Ashes to Ashes at the Harold Pinter; The Importance of Being Earnest in the West End; Nine Night at the National Theatre and Trafalgar Studios; An Octoroon at the Orange Tree/National Theatre; The Homecoming at Trafalgar Studios; Frost/Nixon and Tribes at Sheffield Crucible; Much Ado About Nothing, Imogen and The Taming of the Shrew at Shakespeare’s Globe; Harrogate, Fireworks and Liberian Girl at the Royal Court; The Mountaintop and The Island at the Young Vic; Baskerville at Liverpool Playhouse; The Secret Garden at Theatre by the Lake/York Theatre Royal; Poison and German Skerries at the Orange Tree; Guards at the Taj and Visitors at the Bush; Killer (Off-West End Award for Best Sound Design) and The Pitchfork Disney at Shoreditch Town Hall (co-designed with Ben and Max Ringham); The Convert, In the Night Time and Eclipsed at the Gate; Noises Off at Nottingham Playhouse and UK tour; Mametz for National Theatre Wales; and Moth for HighTide/Bush.