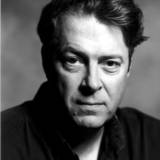 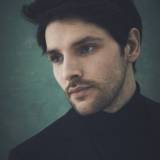 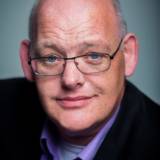 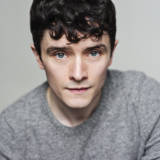 Theatre includes Grayson Perry’s A Show for Normal People; A Number at The Bridge; Rutherford and Son, Beginning (also West End), As You Like It, Treasure Island, Antigone, Protest Song and Double Feature at the National Theatre; Gefährten (War Horse) at Theater des Westens, Berlin; The Prime of Miss Jean Brodie and Limehouse at the Donmar; Ghosts at HOME; The Alchemist, The Merchant of Venice and Arden of Faversham for the RSC; Frøken Julie at Aarhus Theatre, Denmark; Krapp’s Last Tape and A Taste of Honey at Sheffield Crucible; The Country Wife and Good at the Royal Exchange; Derren Brown: Svengali in the West End and on UK tour; Twisted Tales at the Lyric Hammersmith; Honest at Royal & Derngate (also Edinburgh and Soho Theatre); Eigengrau at the Bush; and Light Shining in Buckinghamshire and Thyestes at the Arcola.

Awards include Olivier for Best Entertainment (with Derren Brown, 2014), the JMK Young Director’s Award (2007) and the 2006/7 Bulldog Princeps Bursary Award at the National Theatre Studio.

Theatre includes A Number at The Bridge; The Son at the Kiln (also West End); The Nico Project at Manchester International Festival and Melbourne Festival; Rutherford and Son, Absolute Hell, As You Like It, The Beaux’ Stratagem, Treasure Island, Edward II, Port and A Woman Killed With Kindness at the National Theatre; Cyprus Avenue (also Dublin, Belfast and New York), Fireworks, Adler & Gibb, Gastronauts, The Witness, Our Private Life, Aunt Dan and Lemon, Ladybird and Jumpy (also West End) at the Royal Court; Far Away, The Prime of Miss Jean Brodie and Blindness (also New York, Toronto, Washington, DC, Mexico City, Amsterdam and UK tour) at the Donmar; Yerma (also New York and Berlin), The Life of Galileo, Macbeth and A Season in the Congo at the Young Vic; Tipping the Velvet, Contains Violence and Absolute Beginners at the Lyric Hammersmith; The Skriker at the Royal Exchange; Carmen Disruption at the Almeida; All My Sons at Regent’s Park; A Sorrow Beyond Dreams at Burgtheater, Vienna; Longing, The Trial of Ubu and Tiger Country at the Hampstead; The Rings of Saturn at Schauspiel, Cologne; Happy Days at the Crucible; Far Away at Bristol Old Vic; I’ll Be the Devil, Days of Significance and The American Pilot for the RSC; and The Architects, Money, Tropicana, Amato Saltone, Ether Frolics, Dance Bear Dance, The Ballad of Bobby Francois and The Tennis Show for Shunt, which she co-founded in 1998.

Marc Tritschler is a pianist, music director, music supervisor and composer of music for the theatre. In 2020, he was appointed Creative Director of Music at the National Theatre.

Theatre includes A Number at The Bridge, The Prime of Miss Jean Brodie at the Donmar, Macbeth at the National Theatre and Uncle Vanya at HOME. As Composer: The Merchant of Venice for the RSC and Ghosts at HOME. As Music Director: As You Like It and A Pacifist’s Guide to the War on Cancer (Complicité) at the National Theatre; and War Horse at Theater des Westens, Berlin. As Music Supervisor: We Will Rock You in Europe.

He was previously Deputy Music Director at Friedrichstadt-Palast, Berlin.

Theatre casting includes Bach & Sons, Talking Heads, A Number, Two Ladies and A Midsummer Night’s Dream at The Bridge; Don Juan in Soho and The Audience in the West End; and many productions for Sheffield Crucible Theatres.