Johann Sebastian Bach, irascible and turbulent, writes music of sensuous delight for his aristocratic patrons, and gives voice to his deep religious faith in music for the church. He’s touchy, he’s fabulously rude, he has high standards (he stabs a bassoonist for playing badly) and he’s constantly in trouble with his employers.

Music is the family business – both his wives and all his children are musicians. His eldest son, Wilhelm, is brilliant, chaotic and paralysed by his father’s genius. Tense, industrious Carl is less talented than his father but more successful. As the years pass, their gripping family drama provokes furious arguments about love, God and above all music. What is it for – to give pleasure, like a cup of coffee in the sun, or to reveal the divine order that gives life its meaning?

Nina Raine’s beautiful, profound and funny new play is an anthem to the art that draws us together and sings of our common humanity.

Performances of Bach & Sons are currently on sale with socially distanced seating; when government guidelines allow these performances will move to full seating capacity.

Simon Russell Beale made his Bridge debut last year in A Christmas Carol, also directed by Nicholas Hytner whom he has previously collaborated with on The Alchemist, Much Ado About Nothing, Major Barbara, Collaborators, London Assurance and Timon of Athens all at the National Theatre.  In 2019 he was seen in The Lehman Trilogy at the National Theatre and in the West End and later reprised the role in 2020 on Broadway.  As well as being the recipient of multiple theatre awards, in 2003 he was made a CBE for his services to the Arts and in 2019 he was made a Knight Bachelor. 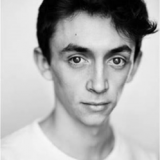 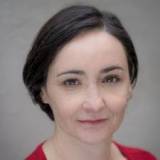 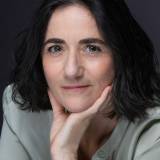 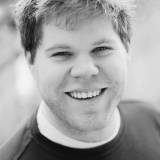 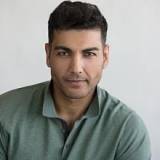 Nina Raine’s other plays include Stories, Consent, Tiger Country, Rabbit and Tribes as well as an adaptation of The Drunks by the Durnenkov Brothers.  She was shortlisted for the 2004 Verity Bargate Award and awarded the 2006 Evening Standard and Critics’ Circle Awards for Most Promising Playwright for her debut play Rabbit.  Tribes won the Drama Desk Award for Outstanding Play, the New York Drama Critics’ Circle Award for Best Foreign Play and the Off-Broadway Alliance Award for Best New Play and has been performed in eighteen different countries. Raine was nominated for a Susan Blackburn Smith Award for Stories and Consent.

Nicholas Hytner co-founded London Theatre Company with Nick Starr. For the Bridge Theatre he has directed Young Marx, Julius Caesar, Allelujah!, Alys, Always, A Midsummer Night’s Dream, Two Ladies, Beat the Devil, The Shrine, Bed Among the Lentils and A Christmas Carol.  Previously he was Director of the National Theatre from 2003 to 2015. His book Balancing Acts is published by Jonathan Cape.

Theatre includes, for the Bridge, Alys, Always; for the National Theatre The Lehman Trilogy, I’m Not Running, Absolute Hell, Amadeus, As You Like It, The Beaux’ Stratagem, Othello, The Effect, Collaborators, A Woman Killed With Kindness, Hamlet, Greenland, Pains of Youth, Our Class, Damned by Despair, Women of Troy, The Cat In The Hat, Beauty & the Beast and Hansel and Gretel. For the RSC: Hamlet, The Tempest, The Comedy of Errors, Twelfth Night, The Merchant of Venice, The Homecoming, The Winter’s Tale and King Lear (also New York). In the West End The Lehman Trilogy, The Inheritance, The Jungle, Betrayal, Pinter at the Pinter Season, Frozen, Cat on a Hot Tin Roof, Doctor Faustus, Made in Dagenham, King Charles III (also Broadway), The Commitments, I Can’t Sing! The X-Factor Musical, The Ruling Class, Apologia, The Maids, The Pride, Three Days of Rain, The Little Dog Laughed, The Lover and The Collection, and Pinter’s People. For the Young Vic: The Inheritance, The Jungle (also New York and San Francisco), Life of Galileo, Once In A Lifetime, A Streetcar Named Desire (also New York), A Season in the Congo, Street Scene and Been So Long. For the Almeida Richard III, King Charles III, and American Psycho. For the Donmar Warehouse Limehouse, Trelawny of the Wells, Moonlight and Polar Bears. For the Old Vic: The Lorax (also Toronto, Minneapolis and San Diego). At the Lyric Hammersmith: Fatherland (also MIF), Tipping the Velvet, and The Birthday Party. For the Royal Court Ten Billion, Red Bud, Aunt Dan and Lemon, The Pride, and Gone Too Far! Other theatre includes: Into the Woods at Regent’s Park; Salomé for Headlong; and Water and Silence for Filter.

Theatre includes Harry Potter and the Cursed Child in the West End and New York; The Encounter for Complicité; The Barber Shop Chronicles, Othello, The Cat in the Hat, A Matter Of Life and Death, Attempts on Her Life, Waves and John (DV8) at the National Theatre; Still No Idea for Improbable; As You Like It at Regent’s Park; Let The Right One In at the Abbey, Dublin; Cat on a Hot Tin Roof and A Christmas Carol in the West End; Woyzeck at the Old Vic; City of Glass for Manchester HOME and Lyric Hammersmith, Peter and the Starcatcher at Northampton; Boy at the Almeida; First Love is the Revolution at the Soho; The Glass Menagerie for Headlong. Other work includes The Master and Margarita, Shun-kin and Endgame for Complicité; Black Watch for National Theatre Scotland; The Secret Agent for Theatre O; The Noise for Unlimited; The Cherry Orchard, Wild Swans and Hamlet at the Young Vic; Victory Condition, B and Road at the Royal Court; and Othello for Frantic Assembly.

Exhibitions include David Bowie Is, Glastonbury Land & Legend, Shakespeare: Greatest Living Playwright, Five Stages of Truth at the V&A; Digital Revolution at Barbican Curve; By the deep, by the mark – Eloise Hawser; Perfume at Somerset House; Moments of Silence at the Imperial War Museum; and Tycho Brahe in Denmark.

Theatre includes choreography for Until We Stand for StoneNest; Rosalind, Without Stars, Everything and Nothing (also NAFA Singapore) and There We Have Been for James Cousins Company; Photographs and Souvenirs for Oper Graz; With Nothing More Than Hope for Royal Ballet of Flanders; and Still It Remains and Jealousy (also Print Room, London) for Scottish Ballet.

As a dancer, Mark Brew Company: Fusional Fragments at the QEH and ROH; Yorke Dance Project for Glastonbury Festival and tour; and Matthew Bourne’s Swan Lake on Broadway and UK and Italian tour.

Short films include choreography for Adrift for Scottish Ballet and Varia for Canvas & James Cousins Company/British Council; and movement direction for Shadows for Nadav Kander.