How do you make a future when you can’t escape the past?

“Remember the name Barney Norris. He’s a new writer in his twenties, but already outstanding.”
The Times

What you believed in seemed to vanish overnight. So how are you going to live now? One family struggling in the heart of the country looks for a star to steer by as they try to plot a route out of the dark they’ve been pitched into.

“Everything he writes about love, loss, grief, desolation, and moments of hope and illumination rings absolutely true.”
Michael Frayn

Barney Norris and His Country

The subject matter of Nightfall is in some ways very familiar. A farm is failing, and the young owner who has inherited it from his father is both proud and trapped, desperate to save the thing that has been passed down and aware that he is struggling…

When I was growing up, I worked in bars and cafes in the Wiltshire city of Salisbury with people who, in many cases, had to wear themselves through to pay the rent. What I felt about us all, observing the people around me who supported families… 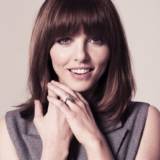 Theatre includes The Stepmother at Chichester; The Libertine in the West End; and The Effect at Sheffield Crucible. 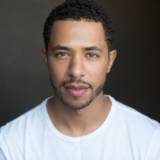 Theatre includes Wig Out! and 5, 6, 7, 8 at the Royal Court; and Romeo and Juliet at Shakespeare’s Globe.

Film includes Streetdance 3D, One Day and Venus and the Son. 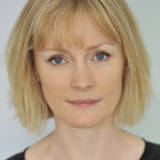 Theatre includes Mrs Affleck, The Winter’s Tale, Othello, Blurred Lines and Invisible Friends at the National Theatre; Measure for Measure for the RSC; The Father at The Tricycle and Wyndham’s; The Importance of Being Earnest at the Aldwych; The Glass Menagerie at the Donmar and Comedy; Moonlight at the Almeida and Comedy; Deathtrap at the Noël Coward; and, most recently, Rabbit Hole and Prism at Hampstead.

TELEVISION includes Outnumbered, Next of Kin, Power Monkeys, Inside No. 9, Critical,
Mr Understood and Doctor Who. She is soon to be seen in a new adaptation of Vanity Fair. 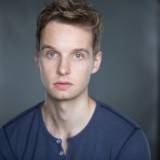 Theatre includes Killology at the Royal Court; War Horse (also West End and NT Live)
and The Curious Incident of the Dog in the Night-Time at the National Theatre; Mametz and The Radicalisation of Bradley Manning for National Theatre Wales; The Welsh Boy at Theatre Royal Bath; and Llwyth (Tribe) at the Sherman, Cardiff.

Film includes Another Me, Private Peaceful and Daisy Chain.

Barney Norris was born in Sussex in 1987. After leaving university he founded the touring theatre company Up in Arms with the director Alice Hamilton. His plays include While We’re Here (Up in Arms, Bush, Farnham and tour); Echo’s End (Salisbury Playhouse); Eventide (Up In Arms, Arcola and tour) and Visitors (Up in Arms, Arcola, Bush and tour; winner of the Critics’ Circle Award for Most Promising Playwright). His novels Turning For Home and the bestselling Five Rivers Met on a Wooded Plain are published by Transworld, and his non-fiction books The Wellspring: Conversations with David Owen Norris and To Bodies Gone: The Theatre of Peter Gill are published by Seren. He is the Martin Esslin playwright in residence at Keble College, Oxford.

From 2012 to 2016 Laurie Sansom was Artistic Director and Chief Executive of the National Theatre of Scotland. Whilst there, he directed The James Plays trilogy by Rona Munro, which premiered at the Edinburgh International Festival in 2014 before transferring to the National Theatre in London, where it won the Evening Standard and Writers’ Guild Awards for Best Play. In 2015 he directed his own adaptation of The Driver’s Seat by Muriel Spark, and The 306: Dawn, a
new site-specific piece of music theatre telling the stories of the 306 British soldiers soldiers executed for cowardice in the First World War.

Previously, he was Artistic Director of Royal & Derngate, Northampton, where he directed the European premiere of Tennessee Williams’ Spring Storm and Eugene O’Neill’s Beyond the Horizon, both transferring to the National Theatre. He also directed new versions of The Bacchae, Blood Wedding and Hedda Gabler as part of the London 2012 Cultural Olympiad; Frankenstein (with Frantic Assembly); The Duchess of Malfi, Follies and The Prime of Miss
Jean Brodie.

He has directed for theatres around the UK, including the Traverse, Edinburgh; Birmingham Rep; Salisbury Playhouse; Lyric Hammersmith; New Vic, Stoke on Trent; West Yorkshire Playhouse; and the National Theatre, London, where he directed the world premiere of The Holy Rosenbergs.

At the Stephen Joseph Theatre, Scarborough, where he was Associate Director to Alan Ayckbourn, he directed over 20 new plays, including Villette (with Frantic Assembly) and a micro-musical season comprising three new musicals. His Watford Palace production of Dangerous Corner was re-staged at the West Yorkshire Playhouse and transferred to the West End in 2002.

He has recently directed a new adaptation of Kiss of the Spiderwoman at the Menier Chocolate Factory, and later in the year will direct Genesis Inc at Hampstead Theatre.

Theatre includes recently at the National Theatre Translations, Barber Shop Chronicles (also BAM, Roundhouse and world tour), and This House (also West End and UK tour); Girl from the North Country at the Old Vic, in New York and in the West End; Rosmersholm, The Night of the Iguana, and The Goat or Who Is Sylvia in the West End; and Stella at Brighton Festival, Hoxton Hall and Holland Festival. Other designs for the National Theatre include War Horse (Tony and Olivier Awards), Wonder.Land, The Light Princess and Pillars of the Community.

Opera includes Pelleas and Mellisande for Scottish Opera; Cavelleria Rusticana and I Pagliacci at the Met, New York; Benvenuto Cellini for English National Opera; Rusalka at Glyndebourne; and The Ring Cycle, which won the Grand Prix for outstanding achievement in opera, at Opera du Rhin.

Dance includes The Tempest and Prince of the Pagodas for Birmingham Royal Ballet; and The Rite of Spring and Petrushka for Fabulous Beast. Future work includes Paradise and Nozzi di Figaro for Aix en Provence.

Other work includes live drawing for War Horse in Concert with the Royal Philharmonic Concert Orchestra at the Royal Albert Hall.

Theatre For the National Theatre: Or You Could Kiss Me, Beyond the Horizon, Spring Storm, Harper Regan, The Seagull, Pillars of the Community, A Dream Play, Iphigenia at Aulis, War and Peace, Baby Doll and The Colour of Justice.

For the RSC: Titus Andronicus, Twelfth Night, The Winter’s Tale, Pericles, Cymbeline, Alice in Wonderland, Night of the Soul, Romeo and Juliet, A Midsummer Night’s Dream, Everyman (both also in New York), A Month in the Country, Troilus and Cressida, The Comedy of Errors (world tour), Mysteria and Easter.

Theatre includes Frozen in the West End; John, Man and Superman, The James Plays, From Morning to Midnight, The Effect, War Horse, Every Good Boy Deserves Favour, The Hour We Knew Nothing of Each Other, Happy Days, Coram Boy, Not About Nightingales and Machinal at the National Theatre; Hamlet (with Benedict Cumberbatch) at the Barbican; The Entertainer, Romeo and Juliet and Winter’s Tale for the Kenneth Branagh Season at the Garrick; Wild at Hampstead; The Father in the West End; Love & Information at the Royal Court and NY Theatre Workshop; Macbeth at Manchester International Festival and Park Avenue Armory, New York; Drum Belly at the Abbey, Dublin; Knives in Hens, Saint Joan, Faith Healer, Privacy, Philadelphia Here I Come, Piaf and The Man Who Had All the Luck at the Donmar; Twilight Zone, The Treatment, Ruined and Judgment Day at the Almeida; Sewing Group, profoundly affectionate…, hang, Kin, Aunt Dan and Lemon, Serious Money and Road at the Royal Court; Bull at the Young Vic and off-Broadway; All My Sons on Broadway; Macbeth, Oppenheimer, Wendy and Peter Pan, The Tempest, Twelfth Night, King Lear, Much Ado About Nothing, King John and Romeo and Juliet for the RSC; A Disappearing Number, The Elephant Vanishes, Mnemonic, Street of Crocodiles and The Three Lives of Lucie Cabrol for Complicité; and The Resistible Rise of Arturo Ui with Al Pacino, music by Tom Waits, on Broadway.

Originally from Northern Ireland, Gareth Williams is a Chancellor’s Fellow at Edinburgh College of Art. His compositions seek to find new participants, collaborators and audiences for new opera and music theatre, and to explore ideas of vulnerability through vocal writing.

Williams was Composer in Residence at Scottish Opera from 2011 to 2014. During this time, he created a series of operas and projects, including Breath Cycle, at the respiratory ward of Gartnavel Royal Hospital, where he wrote songs, ensemble pieces and opera specifically for patients with cystic fibrosis, who weren’t allowed in the same room as one another.

Opera & music theatre He is conductor and musical director of NOISE opera, where he composes operas with collaborators who are new to the genre, for example,

the patrons of the oldest bar in Glasgow, a Shetland fiddler and indie band Admiral Fallow. Rocking Horse Winner, produced by Tapestry Opera, a chamber opera, adapted by librettist Anna Chatterton from a short story by DH Lawrence, had its premiere in Toronto in 2016, and was nominated for nine Dora Mavor Moore Awards, winning five, including Outstanding Musical Production. A new production will premiere at Saratoga Opera in 2018. Since 2015, Williams has been collaborating with Oliver Emanuel to create The 306: Trilogy – a music theatre trilogy about the British soldiers shot for cowardice in the First World War, produced by the National Theatre of Scotland, in partnership with 14–18 Now! The final part of the trilogy, 306 Dusk, will have its premiere in October 2018.

Radio At BBC Radio Scotland, Williams regularly contributes to Classics Unwrapped, presenting new classical music to a wider audience, and he is a presenter on BBC Radio 3.

Ian William Galloway is a designer and director working with all forms of video and projection for live performance.

Theatre includes Mosquitoes at the National Theatre; Singin’ in The Rain, Gypsy and Elf: The Musical in the West End; Schikaneder at Raimund Theatre, Vienna; Wendy and Peter Pan and The Gods Weep for the RSC; The Absence of War, Spring Awakening and A Midsummer Night’s Dream for Headlong; Oh! What A Lovely War at Theatre Royal Stratford East; Beautiful Burnout and Lovesong for Frantic Assembly; Macbeth and The Missing for National Theatre of Scotland; Amadeus at Chichester Festival Theatre; The Graduate and Enjoy at West Yorkshire Playhouse; The Radicalisation of Bradley Manning and Mother Courage and her Children for National Theatre Wales; Hapgood at Hampstead; Est-ce Que Tu Dors? for Festival d’Avignon/ Complicité; and The Tempest and The Lion in Winter at Theatre Royal Haymarket.

Opera includes La Fanciulla del West at La Scala; Madame Butterfly at Glyndebourne; Hansel and Gretel for Opera North; Agrippina for Theatr an der Wien; The Marriage of Figaro for ENO; Eugene Onegin for ENO and Metropolitan Opera; Faust at the Mariinsky; The Flying Dutchman for Scottish Opera; Juliette and Where the Wild Things Are for Bremer Oper; The Lion’s Face and Seven Angels for The Opera Group; Hotel de Pekin for Nationale Reisopera Netherlands; and Sancta Susanna and Von Heute auf Morgen for Opéra de Lyon.

He works as part of Mesmer, a collective of video and projection designers working across theatre, dance, music, fashion and art.